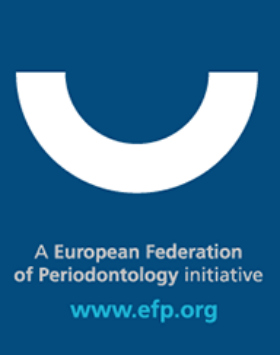 09 May Fighting periodontal disease together!

Posted at 18:29h in Dental Health by Bancroft Dentistry 0 Comments

In association with Diabetes.co.uk, the British Periodontal Society are focusing on links between periodontal disease and diabetes.

But what does periodontal disease mean?!

How do you know if you need to be worried about something if you don’t know what it is?

There is a lot of jargon that gets thrown about by those of us in the dental world who are ‘in the know’. We forget that the person we are talking to just hears complicated sounding words without much understanding of what they mean. Or, more importantly, how it applies to them.

Periodontal disease, often shortened to just perio, is definitely in that category! To try and explain it a bit better, I thought I’d start by breaking down the word ‘periodontal’ itself…

Periodontal originates from Greek language – peri meaning around, and odon referring to tooth. So literally it means around the teeth – which of course is the gums and, underneath that, the jawbone.

Once you know this, other words based upon the term then also become much easier to understand as well:

It really is just all variation on a theme!

OK, that’s what the word means, but what does the disease do?!

The lesser version of periodontal disease is generally just called gum disease, which many people have heard of. It is painless, but more importantly it is reversible.
It happens when there is a build-up of excessive amounts of bad bacteria around the teeth. The gums then become inflamed and will tend to bleed. After a while, if the problem is not treated, the bone around the teeth will also become affected. However, instead of becoming inflamed it recedes and you get bone loss and a resultant periodontal pocket. (See the picture above.)

Unfortunately, this pocket is then harder to clean and it can become a vicious cycle. At this stage, it has now become more severe periodontal disease. Despite being considered severe, it is a chronic condition which can still be painless though it is no longer reversible. The result of the disease process is that the gums and bone will be lost to the point that the teeth will become loose and need to be removed.

If you would like more of an in-depth explanation of periodontal disease, (and who wouldn’t?!) keep your eyes peeled for my upcoming blog! For now, you can also visit this page.

So then, how does periodontal disease link to diabetes?

Actually, they both link to each other. Periodontal disease can negatively affect the complications of diabetes and diabetes is a risk factor for periodontal disease.
Diabetes happens when there is an imbalance of insulin in your body, making it unable to regulate blood sugar levels. This may be caused by an autoimmune problem (type 1 diabetes), or a metabolic problem (type 2 diabetes) often due an unhealthy lifestyle – although there are other factors involved as well.

Whichever type of diabetes you may have, if your blood sugar levels are not well controlled, then it can affect the level of glucose in your saliva. This means that bacteria can breed much more easily, increasing the risk of periodontal problems and dental decay.
If you have periodontal disease, bad bacteria from your mouth can enter the blood stream through the periodontal pockets. This increases your risk factors for serious health problems, such as diabetes and heart disease.

An estimated 1 in 3 people suffering with diabetes will also suffer with periodontal disease.

So what should I do to keep my risks low?

If you do have diabetes then it is very important for you to see a dentist and hygienist on a regular basis. This will ensure that if any problems do arise, they can be dealt with sooner rather than later.
Otherwise, as with most things, it is a case of having a healthy and balanced diet; taking regular exercise; brushing  twice a day and flossing (or using other inter-dental aids) daily. Nothing ground breaking or new there I’m afraid!

If you want to know more about anything relating to diabetes then head to diabetes.co.uk – This is an online community and has pretty much all the information you could ever want or need!

If you are at all worried about your gum health, the British Periodontal Society has an interactive quiz on their website here. This can help to give you answers to any concerns you may have, but also don’t forget to speak to your dentist or hygienist… they are there to help you!

And not forgetting that we have our very own periodontist, Fahd Saleh, here at Bancroft Dentistry… Working closely with our team of hygienists to ensure our patients get the best possible care for their gums!

Best wishes for all of your oral health!

Sorry, the comment form is closed at this time.